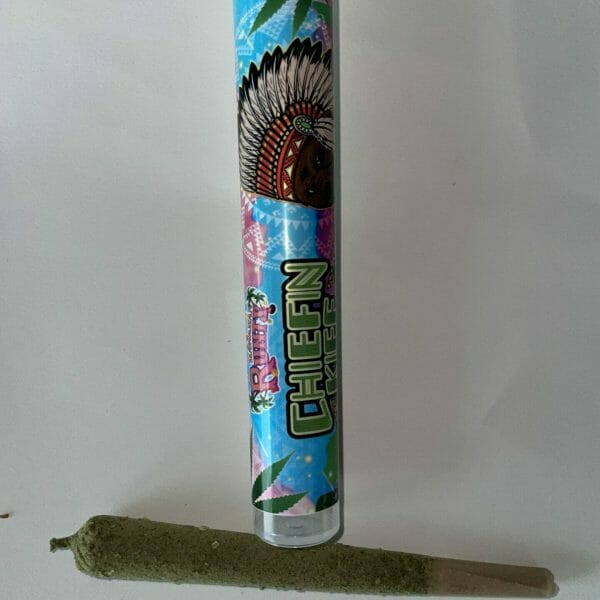 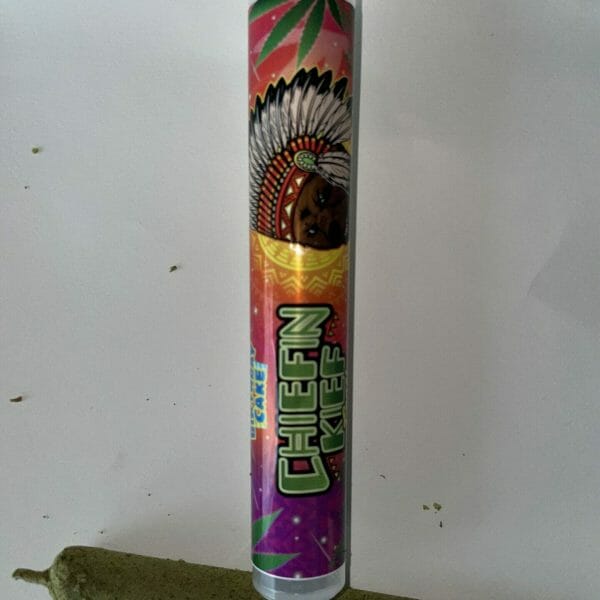 Chiefin Keif Cones is the latest addition to our collection of premium rolls. Expertly rolled with Keif, this joint delivers a luxurious smoking experience that is befitting only for a chieftain of a tribe. Great for any outdoor adventure or social outing with friends, as the only thing that makes the wonderful sensations of cannabis better is enjoying it with the people you love. 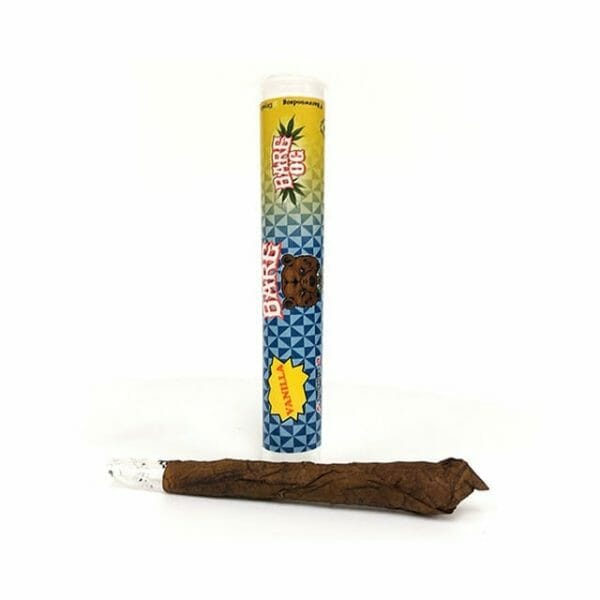 $45
Barewoods packs a full gram of top-shelf OG flower coated with 0.2g of nug run rolled in an exclusive Vanilla Backwood, all topped with a glass tip. Feel relaxed with this flavorful pre-roll and experience a connoisseur quality-high.
Add to wishlist
Add to cart
Quick view 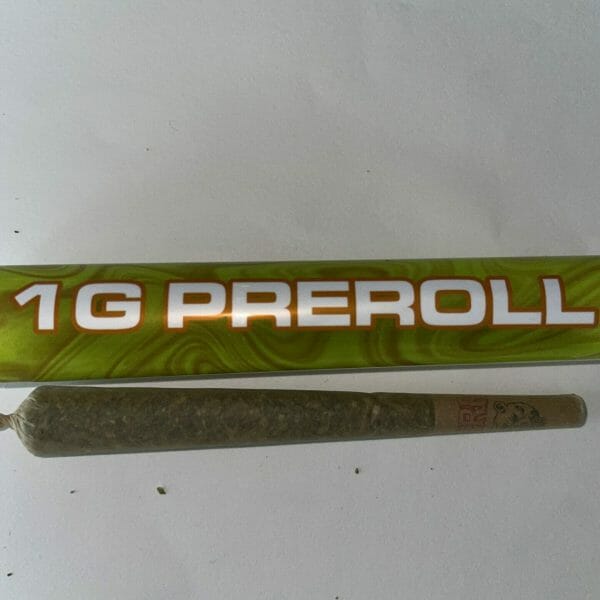 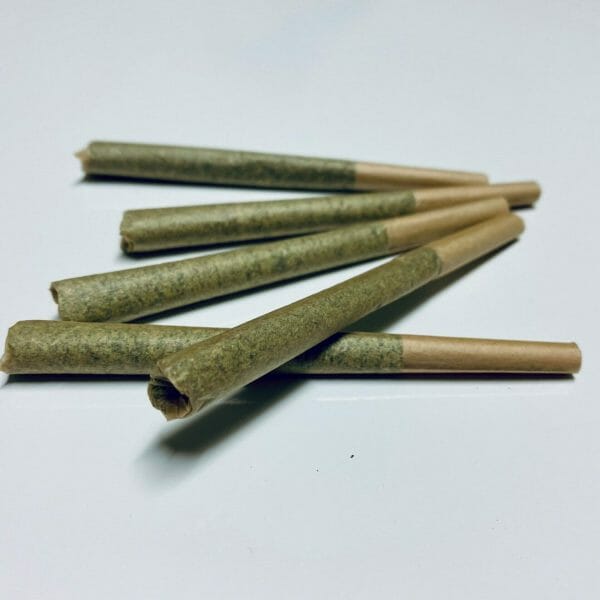 About this Sativa Strain

The sativa-dominant hybrid cannabis strain Jet Fuel, also called G6 by some, produces a pungent diesel scent and similar yet sweet flavor. Its buds are a light, mossy green covered in a fuzzy layer of trichomes. Its high has been described as like a jet – it gives the consumer a sudden jolt of energy accompanied by mostly other sativa effects such as immediate cerebral activity and slight tingly relaxation through the spine. Euphoria is often felt and the high eventually levels the mind into a pleasant dream-like state. For some, the munchies are also induced.
Add to wishlist
Add to cart
Quick view

The cannabis strain called Skittlez, which is often spelled with a Z to avoid problems with the brand name, was indeed named because of its terpene profile that gives it a scent similar to the candy. When you break up your buds of Zkittlez, its fruity, tropical aroma intensifies and may make your mouth water. Its delicious scent and flavor helped it win first place at the 2016 Emerald cup as well as first place for indicas at the 2015 Cannabis Cup in San Francisco and Michigan. Zkittlez is indica-dominant but reviewers have noted its ability to both relax the body while stimulating the mind, bringing on uplifted inspiration. Fans of this strain like how it often improves focus and heightens the senses, while improving mood and simultaneously relieving tension in the muscles and joints. Medical consumers indicate this is a strain they’ve used to help in reducing stress, pain, depression, and even fatigue.
Add to wishlist
Add to cart
Quick view 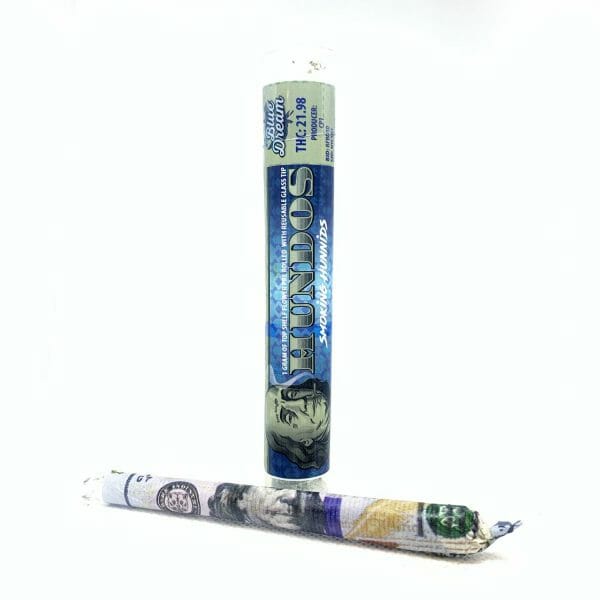 If you’re familiar with the various colors of cannabis strains, you’re aware that Platinum Purple must be a delicious indica. This strain emits a powerful berry-like scent and produces buds that have various shades of purple spread throughout its deep-green nuggets. And like many other indica strains, Platinum Purple has been reported by many reviewers to be incredibly relaxing for both the body and mind. Some have enjoyed this strain for its potential in helping with insomnia while others have said they like it because they’ve experienced a clear-headed high that eased aches and pains. Be sure to have a meal or some snacks on hand once trying Platinum Purple because some reviewers have noted it can increase appetite and may also help to alleviate nausea. THC levels tend to average in the mid-20’s and CBD has been tested at .06%.
Add to wishlist
Add to cart
Quick view 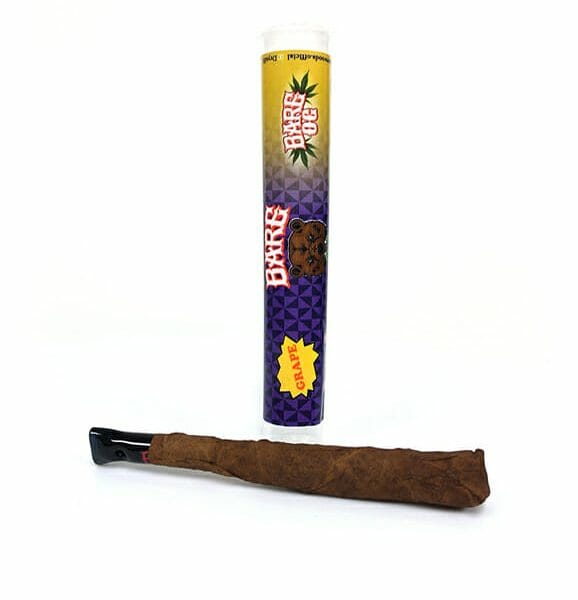 $45
Barewoods Limited Edition packs a full gram of BARE OG flower coated with 0.2g of nug run rolled in an exclusive Grape Backwood, all topped with a glass tip. Feel relaxed with this flavorful pre-roll and experience a connoisseur quality-high.
Add to wishlist
Add to cart
Quick view

This exotic hybrid is a Sativa-dominant strain from the Gelato family, whose ancestors include Pink Panties and Sunset Sherbert. A full-flavored smoke with tropical, sweet undertones, Acai is a tasty, carefree high that won’t take you too deep. It’s like going to the frozen yogurt shop in the middle of the afternoon. A good daytime smoke.
Add to wishlist
Add to cart
Quick view
close
Start typing to see products you are looking for.